One hundred years of air traffic control in Switzerland 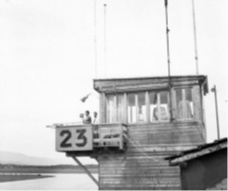 One hundred years of air traffic control in Switzerland

The aim of this new feature RETRO in the Helvetica website is to publish some features of the history of air traffic control in Switzerland. Different topics will be selected and treated in a semi-historical way. The first contribution is about 100 years of air traffic control which will be celebrated throughout the year 2022.

Orville Wright first flew in 1903 and the first 2-seater aeroplane came only in 1908 and the first commercial flight (using a 3-seater) was in 1913.  Although communications between airships and the ground existed as early as 1914 in German airships (Zeppelins) due to their complexity, they only became portable and useful in aircrafts from around 1920 and became mandatory on the London-Paris route after a collision in 1922.

The major event for Civil Aviation took place during the VERSAILLES Peace Treaty of 1919 where the Allies of WW 1 created the CINA (Comité International de la Navigation Aerienne) The international Committee for Air Navigation, CINA, was charged with the creation of  procedures and, regulations for operating aircraft and customs services etc, for civil aviation in Europe. The rest of the world, South America and the USA included, copied the CINA Regulations until 1945.

The first form of air traffic control started in 1922 both in France and in the UK. The first controllers were recruited in September 1921 in le Bourget and the first UK controller, obtained his license in February 1922 in Croydon. There were goniometric radio stations passing bearings and weather information to civil aircraft as early as 1916 (especially in Hungary) but this was not air traffic control.

First Rules of the Air

1)"Look around before taking off"

2)"follow landmarks like rivers, roads and railway tracks by at least 300 m to the right of it. •

3)"to cross a landmark do it as fast as possible and at right angles... "circle the airfield before landing”. 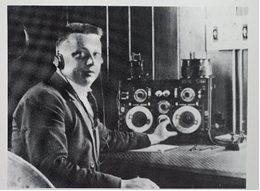 The Cina International Regulations and First Rules of the air (1921)

"Every aircraft in cloud, fog, mist or other condition of bad visibility shall proceed with caution, having careful regard to the circumstances"

Later it published 8 ANNEXES (A to H) out of which Annex D was the "Rules of the Air". This introduced the first form of standardization in radio communications.

Annex D, contained the basis for each radio operator in Aviation:

These basic regulations remained in force in Europe until 1947.

When did it start in Switzerland?

On the 10th of May 1910, on an airfield close to Avenches, the first flight in Switzerland took place. Piloted by Ernest Failloubaz, the aircraft was locally constructed by René Grandjean. In 1919 the first Swiss postal flights, operated by military aircraft (Zurich-Berne-Lausanne-Geneva) was inaugurated. The same year, the first air transport company was formed, the "Aero-Gesellschaft Comte, Mittelholzer & Cie, Zurich.

The Federal Council of Switzerland decided on 9th of March to create the Federal Office of Civil Aviation which started its activity as a section of the Department of Postal Services and Railways on the 1st of April. The creation of the first telecommunication company of Switzerland coincided with the outcome of the League of Nations second meeting, which took place on the 2nd of September 1921 in Geneva. The League of Nation (Société des Nations SDN) was the first worldwide intergovernmental organisation whose principal mission was to maintain world peace. Founded on the 10th January 1920 following the Paris Peace Conference that ended the First World War, it ceased operations on 20 April 1946 and soon after the United Nations Organisation (UNO), with its second headquarters in Geneva was created.

On 11th of March 1921 the first concession "contract of traffic" was awarded to Marconi's Wireless Telegraph Co. Ltd. on behalf of the Swiss Government for the "creation of good services of the Swiss Telegraph Society". Swiss subsidiary Marconi Radio AG was founded on 23rd February 1922 to develop wireless telegraphy. On 10th May 1928, the company name was changed to Radio Schweiz AG (RSAG) to emphasize its Swiss national character. And on 1st January 1931, the Swiss Confederation mandated Radio Schweiz to provide air navigation services in Switzerland.

Dübendorf and Geneva the birth places of Air Traffic Communication in Switzerland.

The first trials to transmit radiotelegraphy messages between the ground and aircraft were carried out on the postal flights between Zurich-Berne-Lausanne-Geneva, by the radio operators of the Swiss Army in 1919 from the military airport in Dübendorf on longwave. In 1921, the first transmitter was installed at military camp of Kloten and from a connection was established to the radio hut in Dübendorf. In Geneva the authorities realized the potential of civil aviation and with a letter by the cantonal authorities addressed to the Federal Council in Berne (dated 26. October 1920) one can read: 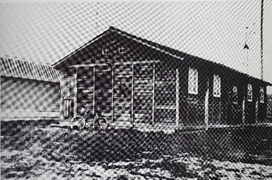 Faithful and dear Confederates, We are currently establishing an aviation field which, by its location, layout and dimensions, is destined to become a relay station for international air services. The sheer speed of these services and, above all, their safety make it essential to create wireless telegraph communications that will allow useful information on departure, destination, arrival and weather observations to be transmitted, as quickly as possible, to other airfields, or even directly to aircraft. These will be of the utmost importance for aircraft that will have to cross the Jura or the Alps. We know from the newspapers that the need for such a service has been recognized on the "London-Paris" airline and that relays have been set up to inform the interested parties along the route travelled. We therefore have the honour of asking you for permission to install a wireless telegraph broadcast and reception station in our canton, exclusively for weather observation and aviation communications. Any other communication would naturally be prohibited. We believe that the range of this facility can be estimated at 1200 kilometres, with a view to the future.

From Marconi Radio SA to Skyguide

Whereas the major activity of the newly established company was essentially transmitting radio telephony messages for the League of Nations via the "Radio-Nation", Aviation RT became one of the rapidly growing business branches of Radio Schweiz AG /Radio-Suisse SA. A pioneer company in communication. Hotel Berna became a well-known maritime transmission service. Satellite Communication (Leuk), deep ocean cables and the first combox services were administrated by RSAG, next to the telegraphs and radio telecommunication over the 100 years of its existence. In 1987 most of the non-aviation related business were dispatched or sold to the Swiss Post and/or private companies and Sswisscontrol was created. At a later stage the military control was integrated and the company was renamed “Skyguide”.

IFATCA (International Federation of Air Traffic Controllers Associations) will celebrate 100 years of air traffic control throughout the year 2022. Depending on the COVID situation, the celebrations planned initially will be adapted; however, the 20th of October 2022 will mark a very special international air traffic controller day.