HelvetiCA – a child of many 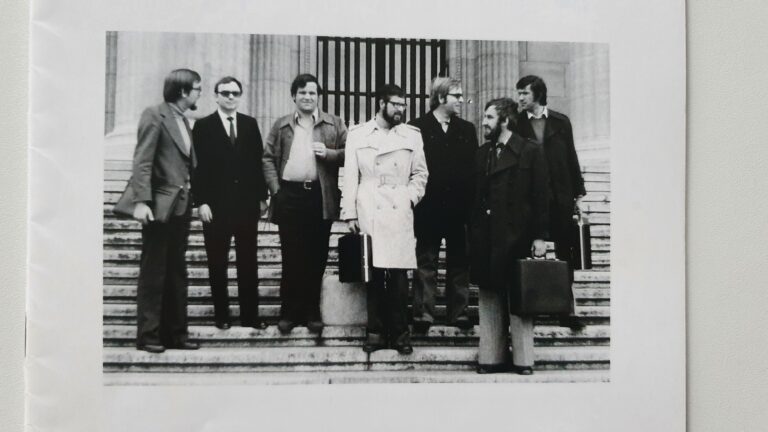 HelvetiCA – a child of many

On January 1st 2021, HelvetiCA started its existence. Truly a historic moment for all Swiss Air Traffic Controllers to be represented by one union and professional association. In order too explain this significant achievement, a little bit of history of the parallel evolution, both of the employer and the employee representative bodies might help to provide some context. .. To create a succinct timeline with the major events is an attractive way to summarize the major steps. This article tries to populate the timeline with some insight from the archives. A triage of the relevant milestones has been chosen by the author, thus leaving out some of the anecdotal elements of the history. The archives (see references) provide all the details for the interested reader.

Delving into the archives showed that the gestation of this new born took some time and like in good family sagas, various actors and bodies played a role. Depending on the point of view, one could speak of intrigue, emotion, personalities and a typical Swiss culture, which led to many ups and downs and aborted attempts to create one body for all Swiss Air Traffic Controllers. As in other countries, the profession of air traffic controller had first to fight for its recognition and the specificities of the job. This took place in the late `60s and lasted for the newest nations on this planet until the end of the 90s. To make a historic overview of thecreation of HelvetiCA has therefore to be embedded into the history of air traffic control. In particular, the evolution of technology and the appearance of jet aircraft led to a fabulous growth of traffic. The institutional set up of an Air Navigation Service Provider (or Air Traffic Control at that time) was still governed in many countries by the post-world war II organisation. Many countries treated Air Traffic Control as the poor cousin of either the Military,  Civil Aviation or Telecommunication services. This had an impact not only on the working conditions but as well on the representation of the Air Traffic Controllers.

The International Federation of Air Traffic Controllers' Associations was founded in 1961. The Tri-Partite meeting at the International Labour Office (ILO) on air traffic control took place in 1979. In August 1981 President Reagan fired more than 11'000 Air Traffic Controllers members of PATCO. On the first of January 2000, the right to strike was clarified with an entry into the Swiss Constitution. 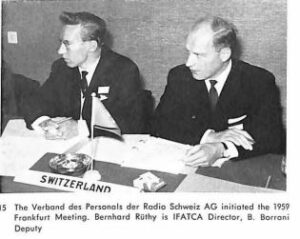 During our research we found very detailed documents from our association/union forefathers which show the meandering history of the representation of the air traffic control profession. Without their respective efforts to write down their history this article could not have be realized. The publications are mentioned in the references. We can only applaud their efforts and foresight. The 20th of October 2022 will mark a very special international air traffic controller day, since we will celebrate 100 years of air traffic control. Read more about that in the next edition, where we will reflect the years from 1980 to the present.